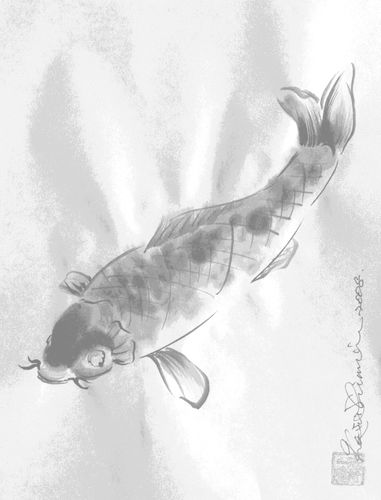 Kids here used to have goldfish breeding in an old brazier, which was dumped in a backyard. At the beginning of the summer vacation, they came to see goldfish and to give foods every morning. But when the summer has gone, they almost forgot about these tiny fish. And in the autumn festival season, they got fun for "Kingyo sukui", catch goldfish, but it didn’t helo to recall their goldfish.. The next spring comes, they happened to find goldfish growing in mossed brazier. die hard fish.

How to draw goldfish with sumi ink.

Sumi-e is kind of vague art. You don’t seek the reality as much as 3D motion pictures do like "Beowolfe". Sumi-e art has its own way to come across the actual fish, flower or animals. The way for it is omitness. When you see paintings, you figure out what it is with the reflection of your memory which you have seen. Each memory of goldfish would be different one another, so the omitness would show up different on the paper. My memory of goldfish is red and gold bodh and a long tail fin. I exggerate that part and omit to depict other part. If it still looks goldfish to you, it would be succesful. Sumi-e is not the mirror art at what you see, but the talking with your mind art. You don’t need mind your goldfish looks like others, just listen your mind and take a stroke.

END_OF_DOCUMENT_TOKEN_TO_BE_REPLACED 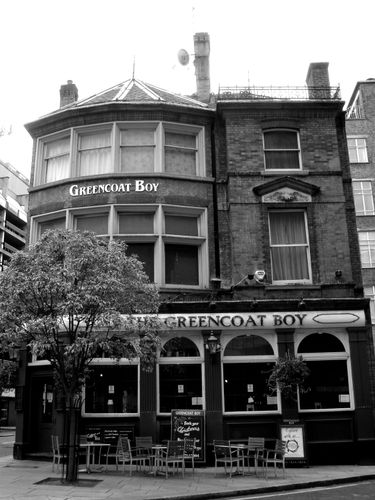 Blow your imagination before move the brush